Purpose: Therapeutic barium enema (TBE) for hemostasis in diverticular hemorrhage was first reported in 1970. This retrospective study examines the outcomes of TBE use since 2008 at our hospital.

Methods: Fifty-four patients who presented with melena were diagnosed with diverticular hemorrhage based on computed tomography (CT) findings and subsequently underwent TBE between November 2008 and February 2017 (a period of approximately eight years and three months) at our hospital. Findings suggesting extravasation of a contrast agent, the number of TBE treatments received, and the hemostatic outcomes were retrospectively examined. Success or failures of the TBE were defined as the presence or absence of melena during the post-TBE hospital stay, respectively. Re-bleeding was defined as melena occurring after discharge from the hospital.

Results: Dynamic CT was performed in 48 of the 54 patients, and extravasation of the contrast agent was confirmed in 46% of the patients (25 patients). Among the 25 patients with active hemorrhage, only two patients did not achieve hemostasis, indicating that there is no difference in hemostasis outcome with and without extravasation. Only six of the 54 patients had re-bleeding during their post-TBE hospital stay. 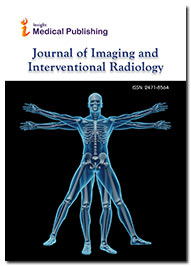